Surely there are things about yourself that you don’t like. So you change them, right? Well, not exactly. It’s more likely that you keep on doing them, even though you say you’d like to change them. So is the old adage, “A leopard doesn’t change his spots,” true? That people can’t change?

No, people can change. But you can’t just snap your fingers and say goodbye to well established patterns, even when those patterns result in crappy consequences. Sure, you wish it could be easier. You may be impatient with yourself, giving yourself a good scold: “Just stop it already!” Oh, how I hate the word “just” when it pertains to change. We don’t change “just” because someone (even ourselves) wants us to. 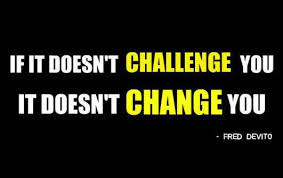 However, the opposite stance is also filled with flaws. Chase away those demons that tell you that you can’t change: it’s too hard, it’s not in your DNA, it requires excessive effort. Such a mindset will sabotage your efforts before you even begin. Though it’s true that “you are who you are” and that your personality structure “is what it is,” it’s not true that you can’t modify, alter, or tweak many aspects of how you behave.

So, how do you change?

It’s a process that begins with being aware. This may seem obvious but it’s not. If you’re used to blaming everyone else for your problems (If you left me alone, I’d be just fine), then you’re not aware. If you’re living your life in a daze, (I have no problem; it’s just lousy luck), then you’re in denial. How are you ever going to change anything if you don’t own up to how your thinking and behavior help create the predicament you’re in?

Self-awareness without judgment, similar to an anthropologist observing behavior in an attempt to understand it, is the first step. Yet, you can be fully aware of your bad habits and still not change. What’s missing?

No more excuses. No more magical thinking. No more self-sabotage. You know it won’t be easy, but so what? You’re committed to the goal. You acknowledge the need for self-discipline, perseverance, and hard work. You know why you want to change. You know who you want to be. You know that your actions need to adhere to your beliefs. You know it makes no sense claiming you want to change but then doing nothing about it. You’re tired of disappointing yourself. You’re fed up with feeling frustrated. You welcome change. You’re ready to go. You get off your butt. And you get off your excuse-making ‘but.’

Adopting new ways rarely comes comfortably at first. You may feel a lot of resistance to change. But if you think about change as an opportunity to grow, not as an unwanted burden, amazing things can happen.

I like Muhammad Ali’s take on it when he said: “A man who views the world the same at fifty as he did at twenty has wasted thirty years of his life.”

So, whether you are years younger than fifty or years older than fifty, I hope you make the change you want. Don’t let rigidity or fear stifle your growth. Don’t get down on yourself by believing that just because everything hasn’t changed, nothing has changed. Even moderate change can reap meaningful benefits. And here’s the best news of all. Change that moves in a positive direction will not only expand your confidence, it can enrich your relationships, enhance your career, and empower your well-being. Wow, what a payoff!

“If you want something in your life you’ve never had,

you’ll have to do something you’ve never done.”

Sitting on a Time Bomb of Emotions

It’s often believed that a major uproar between spouses must be triggered by a huge act of betrayal. “You did what??? How could you???” However, this is not the typical scenario.

More often, a major uproar is triggered by someone sitting on a ticking time bomb of emotions. “You left a mess and expected me to clean it up once again??? I told you it’s important that we leave on time, aren’t you ready yet???” 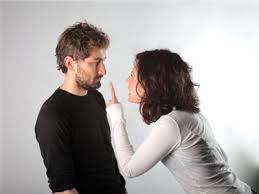 A ticking time bomb detonates with only the slightest provocation. It may appear to come from nowhere, but if you’d been aware of the bubbles brewing underneath the surface, you’d understand the reaction.
Let’s look at Marianne’s story:

“Certain things my husband does drive me crazy. I try to tell myself that what he does is not such a big deal. He’s a good man. He’s not an ax murderer. Or a cheat (not that I know of anyway). Or deliberately mean. But he does things that just don’t sit well with me.

Like he says he’ll do something, then “forgets” to do it. He’s so sloppy. Always leaving his mess for me to clean up. He’s addicted to video games, spending the whole night playing them instead of being with me. I’ve told him dozens of times that these things bother me. His response: “Why do you always want to change me?”

I tell him I don’t want to change him; but I do want him to change some of his behavior. Can’t we at least talk about it?  Well, apparently we can’t. Because it takes him two seconds to get upset and tell me I’m a control freak. I’m over-reacting. Get a grip. So then instead of talking about his flaws, the conversation becomes all about what’s wrong with me.

He thinks I get upset too easily. He has no idea about the mental gymnastics I put myself through in an effort to calm myself down. I breathe deeply. I tell myself to just let it go. I turn myself inside out trying to find a way to talk to him so he’ll get it. And so I calm down – for awhile. But it’s so draining. And the problems don’t go away. Sooner or later, it all just gets to me and I explode.

Marianne’s been sitting on a ticking time bomb for years now. Though her “overreaction” may seem to come out of nowhere, it hasn’t.  Even the most patient person can lose her patience. And every so often, Marianne loses hers. Then her stored-up anger comes spilling out. She’s had it with silencing herself. She’s had it with walking on eggshells. She’s had it with having her feelings dismissed. She’s done.

Her husband is appalled. “Who is this crazy lady?  All of this venom because I left my dirty clothes on the floor? Are you a raving lunatic? What’s the matter with you?”

He’s clueless about everything that’s been going on for her beneath the surface. He doesn’t have the slightest inkling of how frustrated she’s been feeling. He thinks of himself as a good guy. He goes to work. He doesn’t abuse her. He’s not interested in other women. Why can’t she just be satisfied with him?

She knows all this. He is a good man. But does he understand how some of his behavior adversely affects her? And if he knows, does he care or does he just shrug it off? Or does he say he’ll change, only to revert back to his same old patterns the very next week? One thing is certain. If nothing changes, then it’s only a matter of time till the next eruption.

Don’t be passive about significant relationships. If this scenario hits home, be proactive. Don’t wait till the next blowup. Actively work on your relationship. Create time to discuss the issues. Be open to change. If you find this too difficult to do, don’t hesitate to seek the expertise of a professional. Your marriage may depend on it.
©2014
Linda Sapadin, Ph.D. is a psychologist and success coach in private practice specializing in helping people overcome self-defeating patterns of behavior. You can reach her at LSapadin@DrSapadin.com. Visit her website at www.PsychWisdom.com

Linda Sapadin, Ph.D. is a psychologist and success coach. She specializes in helping people enrich their lives, enhance their relationships and overcome self-defeating patterns.

Great Gift for Yourself or Your Loved One

Learn the skills, strategies and secrets to conquer your procrastination pattern!

101 Great Ways to Improve Your Life

Now more than ever it is time to learn how to stop procrastinating and start doing your best!